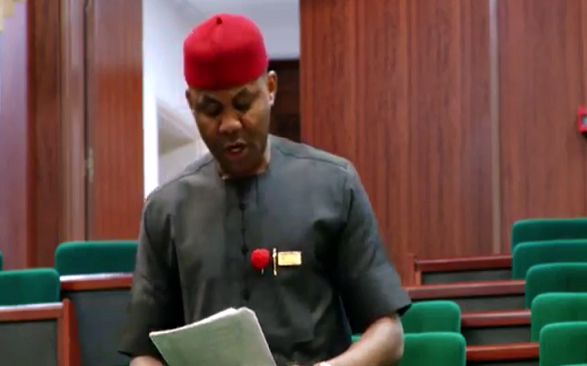 Many think, including the Vice President of Nigeria Prof. Yemi Osinbajo, that the situation calls for regulation, not ban or prohibition.

But that advice has obviously not been taken by Godwin Emefiele, Governor  of the CBN, many months later.

Presently, the situation has not only degenerated to some affected individuals and entities seeking legal redress in court but we have also recently seen a major bank in Nigeria effectively profile young Nigerians of ages 18–30 who are involved in cryptocurrency transactions as criminal suspects, including “organized gangs, money launderers, and terrorist financiers” who must be red flagged by bank staff and consequently denied banking and financial services.

Deja vu. Nigeria has been in this situation before. But one way or another, we failed, neglected, or refused to do anything meaningful about it. Particularly on the legislative side, whether by means of responsive legislation or vital legislative oversight, Nigeria appears to have gone to sleep. Has the National Assembly of Nigeria licensed its legislative powers on cryptocurrency regulation in the country to CBN and banks?

It is against the background above that we bring Nigerians’ attention to the 7th order of the day at the House of Representatives on 25 April 2018. The order is a motion on the need to regulate blockchain applications and the Internet of Things technology. Honorable Solomon Adaelu, who serves as the Federal Representative representing Obingwa/Ugwunagbo/Osisioma constituency in the 9th National Assembly, was invited by the Speaker of the House at the time to move the motion. Honourable Solomon Adaelu particularly emphasized the need for the National Assembly to pay legislative attention to the evolution of blockchain technology in order to help Nigeria maximize the strengths and opportunities offered by blockchain adoption while minimizing the risks and threats often associated with it.

Unfortunately, if anything was done about this by the National Assembly, the current crises in Nigeria’s blockchain and crypto regulation environment does not show that Nigeria is taking any compelling, meaningful, and positive legislative steps in this regard.

Honorable Solomon Adaelu’s motion on the floor of the House of Representatives, Abuja FCT, 26 April 2018

Below is a text reproduction of Honorable Adaelu’s motion:

The House knows the excitement surrounding the blockchain technology which has the potency of eradicating poverty in many African countries. Also note that blockchain as a digital and decentralised ledger technology that records all transactions without the need for a financial intermediary like a bank is new to humanity and can be a core payment facilitator for the financial industry. Also [be] aware that World Economic leaders at the G20 finance ministers meeting have set a firm July deadline for the first step towards unified regulation of cryptocurrencies. Also [be] aware that [the] US is ahead of other countries in providing [a] legal framework for the regulation of this emerging technology. Countries like UK, Russia, Venezuela, [and] Kenya are not left behind. Further [be] aware of the recommendations released from the extraordinary meeting of blockchain technology by US Congress which states are follows:

Equally, [be] aware of the warning issued by the Central Bank of Nigeria and NDIC to Nigerians not to trade on cryptocurrencies but there is need to put in place a legal framework for the regulation of this technology in order to check the negative impact on our society.

The House is invited to resolve as follows:

It is moving very fast—faster than any other wave we may have ever experienced. We are on the brink of a major scientific discovery. In fact, it is an exciting time for science and technology; we are in the era of the most disruptive technology man has seen; the fourth industrial revolution driven by digital transformation is already here with us. Mr. Speaker, the world like never before is faced with one of the greatest technological inventions of man—the blockchain technology.

The blockchain is the most promising technology of our future and it will certainly play a pivotal role in the future of our society. The blockchain is a distributed ledger technology that underlies cryptocurrencies. It provides a way to record and transfer data that is transparent, safe, resistant to all alterations. This technology Mr. Speaker, has the ability to make every organization that uses it transparent, efficient, and secure. This technology is driven by digital transformation. It is one of the technologies every government of the world is very, very cautious about at the moment. The technology is so revolutionary Mr. Speaker, and so disruptive that it has the ability to democratise issuance of currency all over the world Mr. Speaker. The only issuing authorities are the government and their central banks. It is only the Central Bank of Nigeria and the government of Nigeria that can print naira notes, issue it as a legal tender and it becomes a medium of exchange for goods and services amongst Nigerians. That monopoly is about to be taken away from the government and given to the people. That is how disruptive this technology is. That is why all major banks all over the world have realized the impact this technology will have on our monetary system. They are now looking at evolving innovative ways to implement this technology on their already existing banking system.

The blockchain technology is so impactful that it would not only influence or change the way we transact, it will change the entire way we operate in the society. This technology has various applications and has been deployed in many areas of our lives. It has been deployed in banking and payment, insurance, cybersecurity, agriculture, green energy solutions, election and voting, and in artificial intelligence. Mr. Speaker, I am going to read out deliberations by different parliaments of the world on this very important technology.

On Wednesday, the 14th of February 2018, the United States House of Representatives held a discussion panel on the potentials of blockchain and how it can be integrated into various industries and its impact on society.

On the 9th of February 2017, Mr. Speaker, a lawmaker Gerald Pollens while having a discussion on blockchain technology said the following and I quote, “[b]lockchain has the potential to transform the 21st-century economy. Lawmakers need to understand that as the world rapidly changes, it is our responsibility as lawmakers to ensure that we craft policies and adopt laws that match our ingenuity.” These are discussions going on in the parliament of the United states.

Australian Parliament: Australian senators established a partisan blockchain group in the Parliament. This group provides a forum for the legislators to interact with relevant stakeholders on matters relating to the future of the blockchain.

On the 2nd of November 2017, the lower House of Russia Parliament, the state doma called for further study on the regulation of blockchain technology in order to reduce the risk of using it very recently.

Mr.. Speaker, on the 3rd of April 2017, a Bill allowing corporations to hold and share data on a distributed ledger was officially signed into Arizona State law by Governor Jones Dowsy. This Bill would prohibit towns from restricting cryptocurrency mining in residencies and also aim at addressing securities and crowdfundings, and also recognise cryptocurrencies as a digital representation of value and a medium of exchange in digital trading, Mr. speaker.

Mr. Speaker, these are engagements and deliberations about this technology going on in various parliaments of the world today. The blockchain Mr. Speaker, is the second generation of the Internet. While the Internet is a protocol of information, the blockchain is a protocol of value exchange. Mr. Speaker, if I take my Android phone and snap; take a photograph of you, if you request that I send you the original of the photograph I sent to you, I will send it but I will retain the original. I cannot send the original, but on the blockchain I can send values. I can send the original of whatever information you require from me without retaining it in my phone or holding it back. That is how disruptive this technology is.

This technology Mr. Speaker—like every other technology before it—has its negative impact on our society also. But it also provides the most innovative way to transfer money across borders without an intermediary. The blockchain, Mr. Speaker, is one of the most revolutionary technologies of this time. I have attended seminars Mr. Speaker, symposiums and conferences on blockchain technology in many countries of the world today. In the course of this engagement Mr. Speaker, I observed that many parliaments of the world send their representatives to be part of discussion[s] on blockchain technology because they understand that technological changes come with both negative and positive impact on our society. Hence, they need to enact legislations to check this negative impact of the evolving technologies.

My worry Mr. Speaker, is that while other parliaments, while other governments of the world at the moment engage in the discussions of blockchain technology, there seems to be no efforts on the part of our own government and the parliament of Nigeria in this regard. Rather, what we hear all the time are warnings from the Central Bank of Nigeria and the NDIC on how not to trade on cryptocurrency and other applications of the blockchain.

Mr. Speaker, if parliaments and governments of the world are engaged in this discussion, it underscores the importance of this technology at this point in time in our lives, and I see no reason the National Assembly of Nigeria would not initiate process of discussion of this important technology, because it would definitely change our lives. Mr. Speaker, the question is, if we must regulate the application of this technology, there has to be some legislations [sic], and we must legislate. The lawmakers must have an understanding of what this technology is. There is no way we can evolve appropriate legistations [sic] if the lawmakers do not know what this technology is.

Therefore Mr. Speaker, there is need for the parliament to constitute a committee on blockchain and Internet of Things technology as it is being done in other parliaments of the world to begin to engage relevant stakeholders on this very important technology. I was excited when I went to Lagos and I met some programmers and holders, who have evolved indigenous solutions on blockchain technology in this country today and these are youth. The youth of this country Mr. Speaker, are very enthusiastic about this technology and there is need for the government of this country to really invest so much in this very important technology.

Finally, Mr. Speaker, the technology that will impact very greatly on the next few decades has arrived. It is not self-driven vehicles or artificial intelligence, or big data, or social media. It is a technological innovation that will fundamentally change or alter the way we exchange values, and that is the blockchain technology. The best thing forward for this country is to invest greatly in technology. That is the shortest way to chart the path for development of our nation. 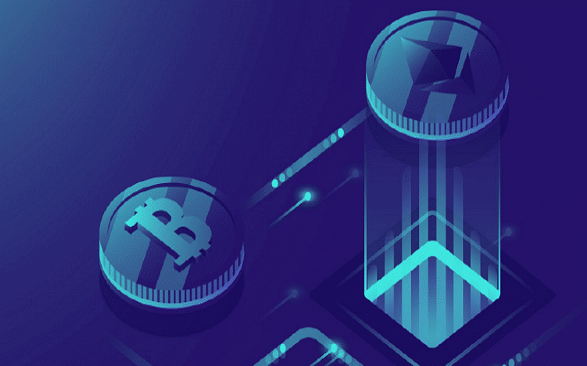 (Part 2) The Voice of Reason—What did Nigeria’s blockchain & crypto industry tell the Central Bank of Nigeria in February 2021?