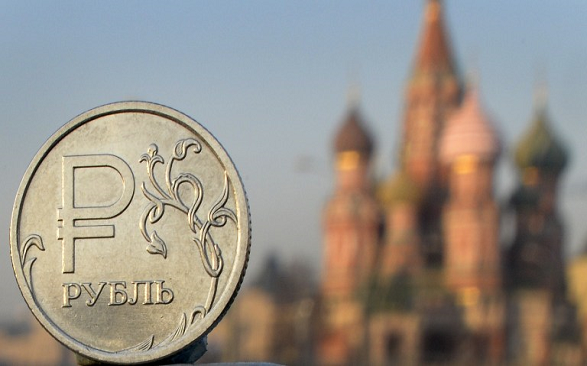 Ruble, the Russian currency, plummeted to a record low of less than 1 U.S. cent this week after suffering from a round of sanctions by the United States, United Kingdom, Japan, and a number of other countries. As Russia invades Ukraine, the Russian economy has been practically invaded by unprecedented sanctions. Did Russia see this coming? YES it did, but it is doubtful Vladimir Putin, the Russian President, saw it coming in this magnitude.

Since 2014, the Central Bank of Russia (CBR) has been investing heavily in gold, moving its reserves away from the Euro and the US Dollar. But all the stockpiled gold cannot help the Ruble today because Russia cannot exchange its gold for the Euro, US dollar, or even Yen. This is so, and no thanks to the sanctions shelling the Russian economy like missiles raining in the Ukraine sky.

First, Russian banks have been banned from SWIFT which connects over 11,000 financial institutions worldwide. When this happened to Iran 10 years ago, Iran lost 30% of its foreign trade. In a new round of sanctions, the United States has banned the export of specific refining technologies to make it difficult for Russia to modernize its oil refineries. Measures also include “wide restrictions on semiconductors, telecommunication, encryption security, lasers, sensors, navigation, avionics and maritime technologies”.

Second, the European Union (EU) banned Russian state-owned television network Russia Today and news agency Sputnik. The EU banned imports of products such as mineral fuels, tobacco, wood and timber, cement, iron and steel. The EU will also freeze any European assets of Russian President Vladimir Putin and his foreign minister Sergey Lavrov. The EU has also banned the export of specific refining technologies to Russia from Europe and plans to close its airspace to Russian aircraft, including the private jets of Russian oligarchs.

Third, the British government has also imposed an asset freeze on major Russian banks, including state-owned VTB, its second biggest bank. It had also stopped major Russian companies from raising finance in the UK. Russia’s flagship airline Aeroflot has also been banned from landing in the UK. All dual export licenses to Russia have been suspended and export of certain high-tech parts for Russia’s extractive industry has been banned. Already, Britain’s BP and Shell, and Norway’s Equinor, have decided to entirely end their operations in Russia.

Meanwhile, the controversial Nord Stream 2 gas pipeline from Russia has been suspended by Germany who is also against the Russian invasion of Ukraine. From Germany to Japan, Switzerland to South Korea, Canada to Check Republic,  Australia to New Zealand, Poland to Finland, the sanctions are dropping on Russia like missiles targeted at pressuring Putin to stop his “military operation” in Ukraine.

Russia will lose about one million barrels per day (bpd) in oil exports, according to analyst Jarand Rystad, head of Rystad Energy, from the 10.5 million bpd it sold in 2021.

Not surprisingly, since the invasion started and the sanctions followed, there has been so much high demand on the dollar by individuals in Russia that the CBR had to impose a 30% commission on foreign currency purchases on individuals.

Also, the CBR is suspending its fiscal plan of purchasing foreign currency and gold for the rest of this year. Russian exporters have also been ordered by the government to convert 80% of their foreign-exchange revenues into Ruble.

Still part of efforts to minimize the effect of the sanctions on the Russian economy, it is reported by local news outlet TASS that the Central Bank of Russia suspended trading on Moscow Stock Exchange (MOEX) on Wednesday. The MOEX is where over 17 million retail investors”—accounting for more than 40% of the country’s equity trading volume—trade. This suspension has been so since 25 February when Russia invaded Ukraine. So far, the MOET index has lost over 34% of its value, measured on a monthly basis.

Surely, as the Ruble gradually plunges into the rubbles due to strikes of sanctions from both air and land, pensioners and retirees in Russia will significantly lose their savings.

Crypto will be banned in Russia, maintains the Central Bank of Russia; “Crypto is too small for Russia”, says Binance CEO

The CBR may have determined that the likelihood of cryptocurrency adoption eventually affecting the value of the Ruble outweighs the benefits of using cryptocurrencies to evade sanctions.

Besides, it may be that “crypto is too small for Russia”, if the statement of Binance Founder, Changpeng Zhao (CZ), is anything to go by. According to CZ, the media and politicians should focus efforts on the banks and sanctions, not crypto and sanctions. In his words: “The truth is, crypto is too small for Russia. If we look at the crypto adoption today, there is probably about 3% of the global population with some kind of crypto exposure (i.e, owning some crypto). Of those, most only have a small percentage of their net worth in crypto. Less than 10% on average. So, there is probably only less than 0.3% of the global net worth in crypto today. This percentage applies equally to Russia.” Also, crypto assets are “not an effective tool for illicit activities” and “Russia would not want to use crypto” because “it is too traceable and governments around the world are already very adept at tracking it”, CZ points out.

Meanwhile, the CBR’s prohibitory stand on cryptocurrencies has not stopped the rest of the Russian government from considering cryptocurrency regulation. The State Duma will be discussing the draft law “On Digital Currency”, a Bill submitted by the Ministry of Finance. Russia’s treasury department, supported by the federal government, welcomes the idea of legalizing cryptocurrencies for the purpose of monitoring them rather than the outright ban favored by the CBR.

Russians’ search for a safe-haven asset in bitcoin; stablecoin, USDT, dominates for now.

But whether the CBR likes it or not, some Russians are in fact already moving their Ruble to cryptocurrency as a safe haven against inflation.

As reported by Arcane Research, the trading volume of Tether (USDT) to Ruble on CZ’s own Binance reached an all-time high of $35 million this week. So although Ruble-to-bitcoin trading also witnessed a substantial rise in volume, more Rubles went into the stablecoin, USDT. Similarly, some Ukrainians have also been moving towards cryptocurrencies, particularly USDT and bitcoin.

Logically, the majority of these Russians want to save their savings, not necessarily make money in the ever-volatile crypto market. This set of Russians believe that as sanctions shell key sectors of the Russian economy harder, the value of the Ruble may plunge into the gathering rubbles.

As for the question on whether it is gold or bitcoin that will save Russia and Russians, time will tell. 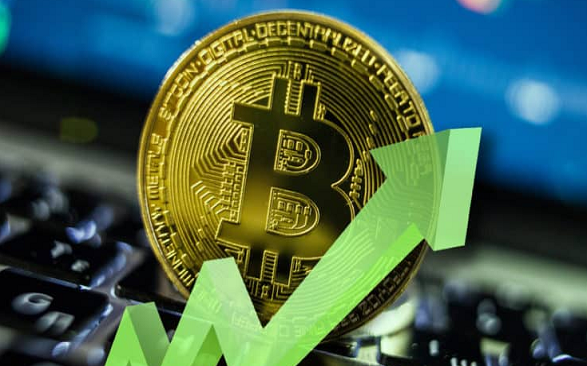