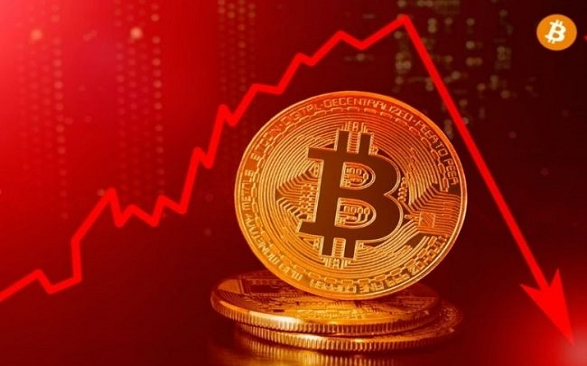 The crypto market bleeds as Putin declares war on Ukraine

Russia recently announced that it would launch military action in Ukraine. Several media houses have reported that explosions were heard in Kyiv, the capital of Ukraine after President Vladimir Putin declared war on Ukraine. There have also been reports of a series of blasts heard in the city of Kharkiv, around 480 km to the east of the Ukrainian capital.

Bitcoin price witnessed a sharp decline after Putin officially announced a “special military operation” to complete the “demilitarization” of Ukraine.

Against the background of the Ukraine invasion and the ensuing tension, it is generally predicted that Bitcoin may be unable to hold on to $40,000 and may possibly drop further to $30,000.

It’s a common thing that geopolitical uncertainties affect financial markets and the world’s economy at large. The crypto market is regarded as a hedge against global uncertainties but the current crash in the market is saying something different. But here may be another opportunity for the bulls to defend the reputation of crypto.

Vikram Subburaj, CEO of Giottus Crypto Exchange opined that “[t]he panic sell witnessed in the markets today is an expected reaction to any global crisis. The key thing to note is that the fundamentals of the crypto asset class haven’t changed. While there is a possibility of further declines, the asset class is expected to absorb large volume buys beyond another 20 per cent drop. Taking history into perspective, when the COVID-19 pandemic hit, we witnessed one of the biggest crashes in stocks and crypto. However, both assets recovered to new all-time highs in the next 18 months. Thus, we believe, the current crisis also presents an opportunity to invest in these assets at a lower price.”

The crypto market is also haunted by the ghost of the declining stock market.

Apart from the Ukraine invasion by Russia, David Zoe, Founder of Blockchain Education Invasion (BEI), reminds us that before the current political crisis, the crypto market was already experiencing a decline due to the fall in the stock market. “The current situation of the market is not a shock to me. What’s going on at the moment is a global asset retracement, including stocks. If the declination continues, Bitcoin might see $30,000 but 7 weeks from now we should be expecting Bitcoin at $50,000. The market is reacting to global asset retracement.”

Based on technical analysis, it is important to note that the market structure has been bearish, breaking key support levels even before the current declaration of war by Russia.

Katie Stockton, founder of Fairlead Strategies, said technical analysis isn’t in bitcoin’s favor either. The coin which is already trading below a long-term support level of around $37,400 would face its next key technical test at $27,200, she said.

To the Cryptoassetbuyer: In a period of extreme fear, stick with assets with solid fundamentals.

As seen in the Fear & Greed Index, the crypto market is currently in extreme fear. This means a greater number of crypto asset buyers are selling than the number of people holding: same supply but less demand. See CAB’s Technical Analysis Metre here to follow buy and sell movements. For those looking to take advantage of the current market crash, endeavor to stick with assets with solid fundamentals. Regardless of the current extreme fear in the market, assets with solid fundamentals almost always get back up.

eNaira will be launched by President Buhari on Monday 25 October, announces the Central Bank of Nigeria

The Metaverse: Everything you ever imagined and even more