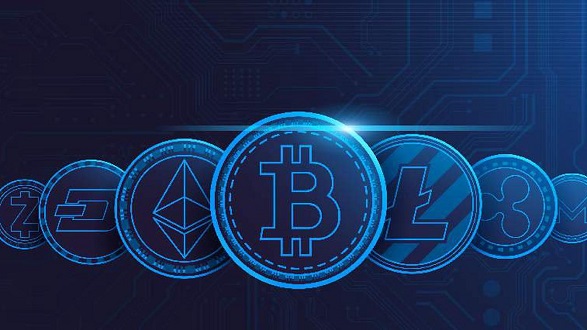 After El Salvador in an unprecedented development recognized bitcoin as legal tender in June 2021, a number of countries have started considering bitcoin as a possible legal tender or a medium of exchange. This is particularly so with Caribbean, Latin, and South American countries. Brazil, a leading country in financial innovation, is one of such countries. In this piece, we take a look at developments in Brazil, India, and Nigeria—three fascinating countries by any measure.

Brazil: Charging forward with financial innovation without looking back

Brazil is now likely to recognize bitcoin, but as a “payment currency”, not legal tender.

Brazil’s Federal Deputy Aureo Ribeiro has said that bitcoin would soon become a “payment currency” in the country. “Brazilians will soon be able to buy houses, cars and even McDonald’s with Bitcoin, after approval of its law,” said Ribeiro in an interview to a local media. On September 29 2021, the Brazilian House of Representatives gave their approval to the Bitcoin bill 2.303/15. The bill is to be further argued in the Chambers of Deputies, the lower house of Brazil’s National Congress.

Ribeiro described  the Bitcoin bill as “innovative”. He believes that it would serve as a regulatory model to other countries. “We debated a few years there to arrive at a text that recognizes this asset, which allows the transaction of this asset in our country, and which will be regulated by a government agency, because we will work with the Central Bank and the CVM, depending on how this asset will be recognized, such as real estate value or currency of daily use,” Ribeiro said.

Among players in the blockchain & crypto industry, Vikram Subburaj, Co-Founder and CEO of Giottus, a leading cryptocurrency exchange in India, has expressed strong belief that bitcoin and blockchain technology will revolutionize financial systems in the world, positively. “With the ability to do micro transactions at scale, blockchain-enabled currencies are the way forward to boost developing economies with millions of unbanked citizens. In this context, it is almost inevitable that countries adopt Bitcoin as a legal tender as El Salvador did in September,” he said.

“As international adoption multiplies and Bitcoin/other cryptocurrencies becomes [sic] legal tender in multiple countries, most countries may be compelled to do trade via Bitcoin in the future”, added Subburaj.

“We want to separate the wheat from the chaff, create regulations so that you can transact, know where you are buying, who you are trading with, and have this asset to buy a house, a car, [or] go to McDonald’s to buy a hamburger,” said Ribeiro in an interview with the official media of the Brazilian Chamber of Deputies, Radio Cámara. Notably, none of the instances of payment Ribeiro mentioned above involves payment of public debt.

Brazil is no stranger to disruptive financial innovation though. While the U.S. stock market is welcoming its first-ever bitcoin ETF this week after years of rejection by the U.S Securities and Exchange Commission (U.S SEC), Brazil’s stock exchange currently lists four cryptocurrency ETFs. HASH11, which follows the Nasdaq Crypto Index Fund, is currently one of the most traded ETFs in Brazil. Apart from HASH11, there are Bitcoin ETFs and one Ethereum ETF that Brazilians can also invest in. Bermuda and Chile are the only other Latin American and Caribbean countries that have cryptocurrency ETFs.

Interestingly, of the five countries that made up what used to be known as the BRINC (Brazil, Russia, India, Nigeria, China) nations, Brazil is the only country that has not introduced a ban or restriction on cryptocurrencies.

India: Striving to get it right, beyond all odds

When the Reserve Bank of India issued its 6 April 2019 circular, little did it know that it was about to trigger a process that would give India an opportunity to engage all stakeholders, including the legislature in the cryptocurrency regulation process.

The Reserve Bank of India circular prohibited banks and financial institutions from dealing or providing services to people dealing in virtual currencies. It was supposed to be that simple, not until the Internet and Mobile Association of India (IAMAI) sued the Reserve Bank of India over the prohibitory circular. IAMAI wanted the order in the circular stayed by thE Supreme Court of India. The Supreme Court agreed with IAMAI.

But it is not crypto El Dorado for India yet.

Since the Supreme Court of India’s judgment, the India parliament has introduced the Cryptocurrency and Regulation of Official Digital Currency Bill, 2021. Except the Bill is reviewed and amended, it is essentially a draft legislation of 2019. That draft legislation earlier proposed to ban cryptocurrencies in India. The Bill proposes to “create a facilitative framework for the creation of an official digital currency to be issued by the RBI” and to “prohibit all private cryptocurrencies in India, but allow for certain exceptions to promote the underlying technology of cryptocurrencies (i.e., blockchain and distributed ledger technology) and its uses”.

Currently, players in the crypto industry as well as other stakeholders hope to have the India Parliament introduce an inclusive legislation that will require the Reserve Bank of India and other relevant regulators regulate cryptocurrencies instead of banning them outrightly. Hopefully. The India government has acknowledged the technological innovations underlying cryptocurrencies and how they can help to improve efficiency, transparency, and trust in the financial system. But the government is  concerned about the risks and threats often associated with cryptocurrencies, including money laundering, terrorist financing, financial-stability issues, and illicit transactions.

India is currently working towards coming up with regulations that would allow cryptocurrencies to operate in the country. Meanwhile, cryptocurrency investments have skyrocketed in India, growing from about $923 million to nearly $6.6 billion over the past year by June 2021.

Unlike the Reserve Bank of India whose blanket ban on cryptocurrencies has been challenged by players in India and eventually overturned by the Supreme Court of India, the blanket ban or restriction of cryptocurrencies in Nigeria’s banking and financial system by the Central Bank of Nigeria in February 2021 remains effective till date. Also, unlike the India Parliament, the National Assembly—Nigeria’s legislature—has not been involved in any law-making process concerning cryptocurrency regulation in Nigeria. And the Senate’s summon of  the Governor of the Central Bank of Nigeria over its blanket crypto restriction has produced no result. With no report from the relevant committees of the Senate (Banking, Insurance and other Financial Institutions; ICT and Cybercrimes and Capital Market), it is as if that episode has been yanked off the pages of Nigerian history.

The current blanket crypto restriction by the Central Bank of Nigeria is on all fours with that of India. It has had the effect of denying, in a blanket fashion, the entire blockchain & crypto industry, including builders, educators, innovators, investors, traders, and others, access to banking and financial services. Though a number of stakeholders have been engaging the Central Bank of Nigeria to consider reviewing its cryptocurrency policy, the policy remains effective till date.

Unlike the Indian story, the Supreme Court of Nigeria has not had the opportunity to consider the Central Bank of Nigeria’s current cryptocurrency policy—or more precisely the blanket crypto restriction in Nigeria’s banking and financial system. In February 2021, the Digital Rights Lawyers Initiative sued the Central Bank of Nigeria and the Securities and Exchange Commission (SEC) over the blanket crypto restriction. Nigeria’s SEC was added to the suit because the SEC suddenly suspended its plan to regulate digital assets, including cryptocurrencies. This suspension was after the SEC obviously caught a cold when the Central Bank of Nigeria sneezed in Nigeria’s fast-growing and dynamic crypto space. In September 2020, the SEC had issued a public statement declaring its plan to regulate digital assets in Nigeria. At the time of writing, nothing has come out of the legal action (yet). This is most probably due to the combined effects of what became months-long strike in Nigeria’s judiciary, Covid-19 pandemic, and the typical delays with access to justice in the country.

Beyond all odds though, Nigerians have since turned to peer-to-peer (P2P) platforms for their crypto transactions. This P2P adoption has been the second-fastest growing in Africa at over 50% growth rate in the last couple of months, coming after Kenya at over 300% in the same period.

From Africa to Australia; from Eastern Europe to Central, Northern & Western Europe; from North America to South America; and from Northeast Asia to Southeast Asia, global adoption of cryptocurrencies is growing—and growing fast each day. At the current growth rate of global crypto adoption, except regulators wish to relocate to Antarctica, regulation must evolve from its present exclusionary approach to a state of inclusive regulation. Stifling innovation cannot be the answer. Neither can regulating crypto technology rather than the crypto players themselves be the answer.

Meanwhile,  in the war the state has (seemingly) waged against cryptocurrency or any private form of money, China has become the global warlord. Also, Russia’s central bank has totally banned cryptocurrencies. Similarly, Bolivia, Egypt, Indonesia, Turkey, among others have similarly banned the use of cryptocurrency in their territories. But these countries cannot and should not be seen as models for regulation.

Whether crypto players admit it or not, government policy and regulation will continue to have a significant impact on the crypto market and the growth of the industry, especially in this emerging state. Generally, a friendly regulatory approach affects the market positively, while a hostile regulatory approach affects it negatively. Perhaps as more countries get to eventually consider introducing regulatory frameworks for  cryptocurrency or crypto assets—which will generally take some time—regulatory approaches will become more inclusive and consequently less hostile.

Although with central banks’ increasing interest in and adoption of central bank digital currencies (CBDCs) across the world, the hostility—generally speaking—against cryptocurrencies or crypto assets around the world may in fact become more intense, especially in currently anti-crypto countries. For instance, China’s anti-crypto stand hit another extreme level after the Digital Yen was designed and made ready for launch, though in a pilot scheme. In crypto’s journey to El Dorado, whether CBDCs will become the forbidden fruit that currently pro-crypto countries and neutral countries will need to become China remains to be seen. 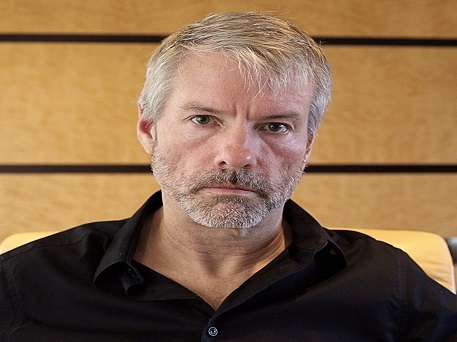 Ahead of the billions of people that are going to hold bitcoin some day, we want to get there first, says Michael Saylor, Chairman/CEO at Microstrategy 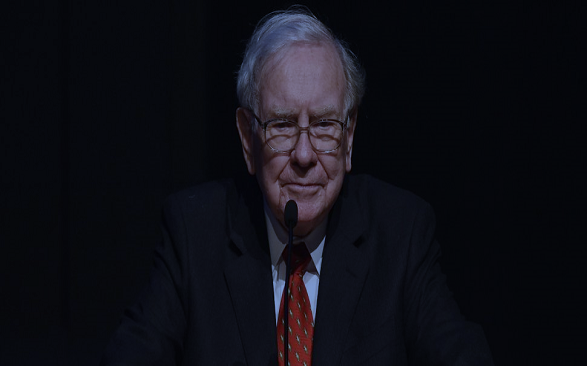