Tether to pay $41 million for claiming that USDT stablecoin was fully backed by US Dollars, orders CFTC

Tether, the issuer of USDT—the crypto industry’s biggest and the most used stablecoin currently—has been fined $41 million by the Commodity Futures Trading Commission (CFTC) for claiming that  Tether stablecoin was fully backed by US Dollars. This was the order of the CFTC on Friday 15 October 2021.

According to CFTC in its press release, Tether made “untrue or misleading statements and omissions of material fact in connection with the U.S. dollar tether token (USDT) stablecoin”.

As stated in CFTC’s findings, Tether did two wrongs:

Contrary to the first claim of Tether being “fully-backed”, the majority of the time this was false. As found by CFTC, only 27.6% of the days in a 26-month sample time period from 2016 through 2018 did Tether have sufficient fiat reserves in its accounts to back USDT tether tokens in circulation.

And concerning the second issue of Tether failing to disclose that USDT token reserves included unsecured receivables and non-fiat assets, CFTC found that Tether relied on “unregulated entities and certain third-parties” to hold funds comprising the reserves. This includes reserve funds with Bitfinex’s operational and customer funds as well as non-fiat financial products. It involves some undocumented contracts and shady facts between Tether and Bitfinex.

CFTC also ordered Bitfitnex to pay $1.5 Million for illegal transactions while operating Bitfinex Cryptocurrency Trading Platform as well as for violating a prior CFTC order. According to the order, from at least March 1 2016 through at least December 31 2018, Bitfinex was indeed in “illegal, off-exchange financed retail commodity transactions” with U.S. persons that were not eligible contract participants (ECPs) [efn_note]Eligible Contract Participants (ECPs) An entity that is classified by the Commodity Exchange Act (CEA) based on its regulated status or amount of assets. The definition of “Eligible Contract Participant” (ECP) is found in Section 1a(18) of the CEA (7 U.S.C. § 1a(18)). ECP classification permits these persons to engage in transactions (such as trading on a derivatives transaction execution facility) not generally available to non-eligible contract participants such as retail customers. (Credit: Westlaw.com) [/efn_note] under the Commodity Exchange Act (CEA). Also, Bitfinex operated as a futures commission merchant (FCM) without CFTC registration by “accepting orders for, acting as a counterparty to, and accepting funds or property, including bitcoin and USDT tokens” in connection with the same “illegal, off-exchange financed retail commodity transactions” involving U.S. persons that were not ECP eligible.

It is vital to understand that in the U.S, while CFTC regulates commodities, the Securities and Exchange Commission (SEC) regulates securities. This is unlike a number of other countries where one agency (usually SEC) regulates both commodities and securities. Consequently, the $41million fine above is by the CFTC—a relatively less hostile regulator to digital or crypto assets when compared to the U.S SEC. A possible regulatory action by the U.S SEC may be bigger and consequently more impactful than that of CFTC. That is if the U.S SEC keeps maintaining that stablecoins come under its regulation as Gary Gansler once claimed.

On the negative side of the coin for Tether, although a stablecoin such as USDT is designed to be stable,  the news of the CFTC fine may negatively impact the market capitalization of USDT. That’s right. Some investors and users may decide to replace USDT with one or more of the other stablecoins, including USDC and BUSD. And on the crypto market generally, CFTC’s action against Tether may have again raised a question mark on the credibility and transparency of privately issued cryptocurrencies, including stablecoins.

But except Tether appeals the CFTC fine which may result in a long and hostile litigation, this news is not expected to have a significant effect on the stablecoin. This is more so because before CFTC’s fine, the news had been going around for weeks that there was something shady about USDT’s US dollar reserve. At the time of writing, confidence in USDT on crypto exchanges remain high except on Huobi. And market capitalization still borders around over $68 billion.

Updated to add the NOTE about the difference between CFTC and the U.S SEC, and possible implications. 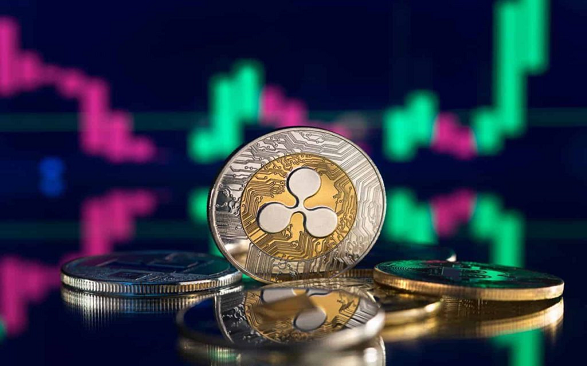 Protests after CoinMarketCap described Ripple’s XRP as an “impostor” cryptocurrency