“The absence of a swift and effective solution to these requirements, as well as fears that Central Banks’ actions sometimes lead to hyperinflation created the space for non-government entities to establish new forms of “private currencies” that seemed to have gained popularity and acceptance across the world, including here in Nigeria.” –
Muhammadu Buhari, President of the Federal Republic of Nigeria

The remark above is part of the full text of the President’s speech at the launch of eNaira on 27 October 2021, State House, Abuja FCT.

What does President Buhari’s remark mean to the Nigeria crypto industry?

We identify 5 major points to note below:

Cryptocurrency regulation in Nigeria still in the Red Sea

First, seeing the increasing level of cryptocurrency adoption in Nigeria, the Securities and Exchange Commission (SEC) issued in October 2020 a public statement on the classification and treatment of digital assets, including cryptocurrencies, in order to effectively regulate them.

But the CBN’s February 2021 directive on cryptocurrency in Nigeria’s financial and banking system resulted in the SEC eventually suspending its regulatory plans immediately. Strangely, this is regardless of the separate jurisdictions of both the CBN and the SEC under the Central Bank Act and the Investments and Securities Act respectively.

Considering the “popularity and acceptance across the world, including here in Nigeria”, the presidency—through Prof Yemi Osinbajo—advised the CBN and the SEC to embrace disruptive innovations, including cryptocurrencies, with intelligent regulation. While not failing to acknowledge that cryptocurrencies may come with risks, the Vice President pointed out that “[t]here is a role for regulation here”.

Calling for cryptocurrency regulation as against banning in the country, the Vice President said that “it is in the place of both our monetary authorities and SEC to provide a robust regulatory regime that addresses these serious concerns without killing the goose that might lay the golden eggs”. Regulation “should be thoughtful and knowledge-based regulation, not prohibition”, the Vice President advised.

Till date, the status of cryptocurrency in the country’s banking and financial system leaves much to be desired. Though greatly ingenious, cryptocurrency is the most misunderstood and discriminated orphan in the fintech family, classified and treated as dangerous and unwanted. Never mind that the same cryptocurrency and the eNaira have the same DNA, technically.

In the middle of the Red Sea, the CBN directive denying banking and financial services to persons involved in cryptocurrency transactions has been recently questioned by the Federal High Court (Abuja). Deciding on a case involving the freezing of the bank accounts of the Respondents over their dealing in cryptocurrencies, the Federal High Court did not agree that the CBN had the statutory power to declare cryptocurrency trading illegal. The Court found it difficult to understand how CBN is able to validly make cryptocurrency trading illegal in Nigeria’s banking and financial system without a law of the National Assembly expressly stating so. The judge Justice Taiwo O. Taiwo held that the CBN failed to provide any law showing that it is illegal to deal in cryptocurrency in Nigeria, adding that the CBN circular of 5 February 2021 is not a law. If the rule of law and constitutionalism are still tenets of a democratic state and Nigeria is still a democratic state—as I believe it is—the CBN directive on cryptocurrency is no longer valid. Under the law, it is as if the directive was never made in the first place. Consequently, things should return to status quo, except the Federal High Court ruling is quashed on appeal. I strongly recommend that players get legal advice. Do not rely on mere opinion.

Unlike the head of the Chinese government Xi Jinping, President Buhari has not expressed any desire or plan to have the Nigerian government clampdown on “private currencies” or cryptocurrencies. At the time of writing, peer-to-peer (P2P) trading of cryptocurrencies continues to grow in the country, effectively leaving holders, investors, and traders to largely self-regulate themselves pending any substantive regulation.

Nigeria has one of the best fintech industries in the world. I believe that having had the innovativeness that made that possible, Nigeria is more than capable of introducing one of the most innovative crypto regulations in the world, if only CBN, SEC, and other relevant regulators proceed with knowledge, not fear. Fear often does nothing more than rob one’s future. Knowledge empowers and secures it, leveraging opportunities and minimizing threats. While all that fear sees is cryptocurrencies as tools for financing terrorism and illicit transactions, knowledge sees digital assets that can open a new window of opportunities. After all, fiat currencies are used to finance terrorism and other illicit transactions too. No one has prohibited their use in the banking and financial system. That would be ridiculous, right? So instead, know your customer (KYC), anti-money laundering (AML), and combating the financing of terrorism (CFT) regulations have been introduced.

The CBN, as a financial service industry (FSI) regulator, should therefore be preparing DMBs, NDFIs, and OFIs for the future, not trying to hold on to cheese that is sure to move, if it hasn’t moved already or started moving.

Will Nigerians finally see the much-expected “innovative regulation” soon or will regulators leave cryptocurrencies in the ‘Wild, Wild West’ in order to ensure that a perceived competitor against fiat currencies does not benefit from regulation? Time will tell.

Tether to pay $41 million for claiming that USDT stablecoin was fully backed by US Dollars, orders CFTC 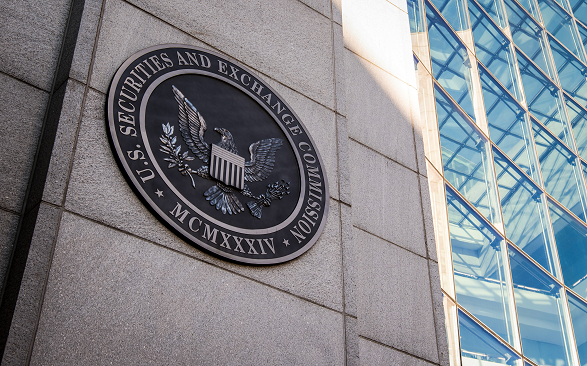