What are the top 5 blockchain projects you should know?

A blockchain is a decentralized, distributed ledger that records transactions on multiple computers so that the record cannot be altered retroactively without the alteration of all subsequent blocks and the consensus of the network. Each transaction is recorded as a block, and multiple blocks are linked together to form a chain. This chain of blocks is distributed across a network of computers, and each copy of the chain is updated whenever a new block is added.

One of the key characteristics of a blockchain is that it is decentralized, meaning that it is not controlled by any single entity. This is achieved through the use of a distributed ledger, which is a database that is shared and replicated across the entire network. Each participant in the network retains a copy of the ledger, and all copies of the ledger are updated whenever a new block is added to the chain.

The decentralized nature of a blockchain makes it secure, because it is difficult for any single entity to alter the record of transactions. To alter a block in the chain, a hacker would need to change the block on every copy of the ledger, which is almost impossible to do.

A blockchain project is a specific application of the blockchain technology. It involves the development of a blockchain system that is designed to meet the needs of a particular project or use case. There are many different types of blockchain projects, and they can be used for a wide range of purposes, including financial transactions, supply chain management, and voting systems.

Here are the top 5 blockchain projects you should know.

The Bitcoin blockchain is the decentralized, distributed ledger that underlies the Bitcoin network. It is a digital record of all Bitcoin transactions that have ever occurred, and it is stored on a network of computers around the world.

The Bitcoin blockchain is based on a data structure known as a “blockchain,” which is a chain of blocks that are linked together. Each block contains a record of multiple transactions, and these blocks are chained together in a linear sequence. The chain is secured using cryptography, which makes it very difficult to alter the record of transactions.

One of the key features of the Bitcoin blockchain is its decentralization. It is not controlled by any single entity, such as a government or financial institution. Instead, it is maintained by a network of computers, known as ‘nodes’ that work together to validate and record transactions. This decentralized structure makes the Bitcoin blockchain very secure, because it is difficult for any single entity to alter the record of transactions.

Ethereum is a decentralized, open-source blockchain platform that runs smart contracts: applications that run exactly as programmed without any possibility of downtime, censorship, fraud or third-party interference.

Ethereum was proposed in 2013 by Vitalik Buterin, a cryptocurrency researcher and programmer. Buterin was interested in creating a platform that would allow developers to build decentralized applications also known as ‘dApps’ on top of a blockchain.

Ethereum is different from other blockchain projects. Amongst other things, Ethereum, unlike Bitcoin Blockchain for instance, is not only a digital-currency platform. Instead, it is a platform that enables developers to build and deploy their own decentralized applications or dApps. These dApps can be built using the Solidity programming language, and they run on the Ethereum Virtual Machine (EVM). EVM  is a decentralized virtual machine that executes smart contracts.

The Ethereum platform has its own cryptocurrency called Ether (ETH). Ether is used to pay for transaction fees and computational services on the Ethereum network. It is also used as a store of value, like bitcoin.

Binance, which is a global digital asset exchange, has also launched a number of blockchain-based projects. These projects include:

Overall, Binance’s blockchain projects are focused on providing infrastructure and tools for the broader cryptocurrency industry, with a particular focus on decentralized finance (DeFi) and the development of alternative blockchain platforms.

Read also: What are the top 5 centralized crypto exchanges you should know?

Cardano is a decentralized, open-source blockchain platform that focuses on providing a secure and scalable environment for the development and execution of smart contracts and decentralized applications (dApps). It was developed by a team of blockchain experts and academics, led by Charles Hoskinson.

Cardano is built on a unique proof-of-stake (PoS) consensus algorithm called Ouroboros. Ouroboros is designed to be more secure and energy-efficient than other PoS algorithms. Cardano is also built using a layered architecture. This layered structure allows for the separation of different components of the platform, such as the computation layer and the settlement layer. And it is this modular design that makes it easier to upgrade and improve the platform over time.

Cardano has its own native cryptocurrency, called ADA. ADA is used to pay for transaction fees and to participate in the PoS consensus process. Cardano also has a decentralized governance system, called Cardano Governance Framework (CGF), which allows stakeholders to vote on proposed changes to the platform.

Cardano is still relatively in the early stages of development and adoption, but it has already gained a reputation as a well-designed and secure blockchain platform. It has been used to build a range of dApps, including decentralized finance (DeFi) applications and non-fungible tokens (NFTs).

Polkadot is a next-generation blockchain platform that enables interoperability between different blockchain networks. It allows independent blockchains to exchange information and transactions with each other in a secure and trustless manner, using the Polkadot relay chain as the central hub. This enables a wide range of use cases, such as cross-chain lending and borrowing platforms.

One of the key features of Polkadot is its modular design. This allows developers to easily build and connect custom blockchain ‘parachains’ to the Polkadot network. These parachains can be optimized for specific use cases and can have their own native tokens and governance models.

Overall, the Polkadot project aims to create a more open, scalable, and secure blockchain ecosystem that enables innovation and interoperability across a wide range of decentralized applications and services.

What do ‘bull’ and ‘bear’ markets mean and how do you identify them? 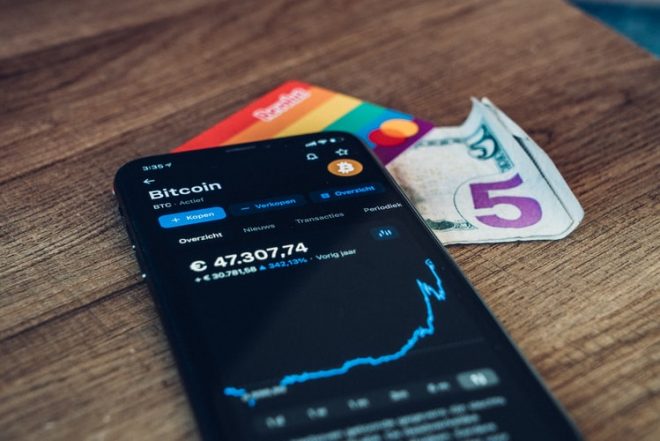 What does liquidity mean in the crypto market?