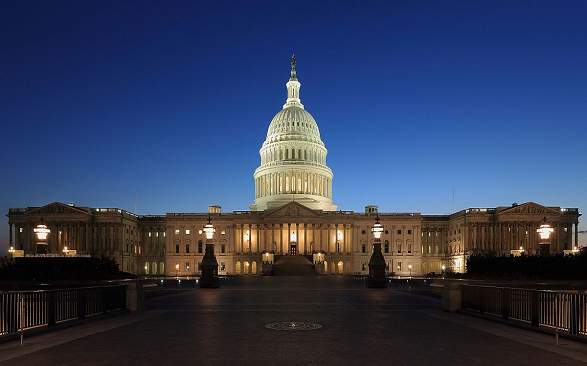 US Senate propose new regulation for cryptocurrencies, SEC overtaken by the CFTC

Two members of the US Senate, Senator Kirsten Gillibrand (Democrat, New York), member of the Senate Agriculture Committee; and Senator Cynthia Lummis (Republican Wyoming), member of the Senate Banking Committee; earlier this month introduced a new Bill for the regulation of cryptocurrencies. The bipartisan Bill, Responsible Financial Innovation Act, aims to create a “complete regulatory framework for digital assets.” according to the Wall Street Journal, it “would create special exemptions to federal law for some cryptocurrencies”.

Key features of the Bill

The Bill, nicknamed “Lummis-Gillibrand Responsible Financial Innovation Act” addresses CFTC and SEC jurisdiction, stablecoin regulation, banking, tax treatment of digital assets, and inter-agency coordination, and provides for an advisory committee. A summary of the key provisions of the proposed Bill, published on Kirsten Gillibrand’s official website, is as follows:

The motivation behind Lummis-Gillibrand Bill

Innovation: Lummis-Gillibrand’s focus is on flexibility, innovation, transparency, and consumer protections, to integrate digital assets into existing law and provide certainty to the growing industry. According to Senator Lummis, “…people who are innovating in this space know the rules of the road and people who are consuming the ultimate products know that the consumer protection elements are there,” she said.

Risk Management: The Senators are concerned about addressing the risks in the crypto market. In Senator Lummis’ words, “[t]he United States is the global financial leader, and to ensure the next generation of Americans enjoys greater opportunity, it is critical to integrate digital assets into existing law and to harness the efficiency and transparency of this asset class while addressing risk.”

Consumer Protection: “My home state of Wyoming has gone to great lengths to lead the nation in digital asset regulation, and I want to bring that success to the federal level. As this industry continues to grow, it is critical that Congress carefully crafts legislation that promotes innovation while protecting the consumer against bad actors,” said Senator Lummis.

Gillibrand on her part noted, “[i]mportantly, the Lummis-Gillibrand framework will provide clarity to both industry and regulators, while also maintaining the flexibility to account for the ongoing evolution of the digital assets market.”

Pacesetting: Both Senators believe that the US should be ahead in terms of cryptocurrency regulation. “Digital assets, blockchain technology and cryptocurrencies have experienced tremendous growth in the past few years and offer substantial potential benefits if harnessed correctly. It is critical that the United States play a leading role in developing policy to regulate new financial products, while also encouraging innovation and protecting consumers,” said Senator Gillibrand. Lummis emphasized that “the United States is the global financial leader”.

Passion for the industry: Both Senators are passionate about the industry, and are happy working together for its development in the US. “I am proud to introduce this bipartisan bill with Senator Cynthia Lummis, who has been a passionate and engaged partner, and look forward to working alongside her to build support,” said Gillibrand. Lummis also remarked:  “I am grateful for Senator Gillibrand’s partnership on this legislation, and I look forward to bringing more of our colleagues into this effort.”

In all, the Senators are positive about the future of the crypto industry. NPR.org reported that “Lummis bought her first Bitcoin back in 2013 and owned more than $100,000 worth as of her most recent financial disclosure.”

Comprehensive Regulation: As the Israeli’s Investment and Securities Authority (ISA) Chair, Anat Guetta observed earlier, regulation should be holistic, and regulators need to be current in technological advancement. Following the crypto market crash, Treasury Secretary, Janet Yellen, in May, urged the US Congress to pass comprehensive regulations, particularly on stablecoins. This is part of what the Lummis-Gillibrand framework aims to achieve.

Senator Gillibrand has observed that the current phase of internet evolution—Web3 comes with similar risks as the early days of Web2. According to her, “We failed to create a regulatory agency over various platforms that are now doing extreme harm to our youth and dividing this country. We are not going to make the same mistake with Web3.”

One of the major implications of the proposed Bill is the shift in regulatory oversight over crypto assets; Title I, Chapter 98(B) of the Bill defines Digital Assets to include:

“(i) virtual currency and ancillary assets, consistent with section 2(c)(2)(F) of the Commodity Exchange Act;

“(iii) other securities and commodities, subject to subparagraph (A)”.

Consequently, cryptocurrencies are recognized as commodities, now to be within the regulatory purview of the Commodity Futures Trading Commission (CFTC), and no longer as securities, which fall within the Securities and Exchange Commission (SEC)’s jurisdiction.

The SEC Chair, Gary Gensler, is arguably one of the foremost critics of the industry, among regulators. Gensler said during the Remarks Before the Aspen Security Forum in August 2021,

“…public fiat monies fulfill the three functions of money: a store of value, unit of account, and medium of exchange.

“No single crypto asset, though, broadly fulfills all the functions of money.

“Right now, we just don’t have enough investor protection in crypto. Frankly, at this time, it’s more like the Wild West.

“This asset class is rife with fraud, scams, and abuse in certain applications. There’s a great deal of hype and spin about how crypto assets work. In many cases, investors aren’t able to get rigorous, balanced, and complete information.”

Early last month, SEC increased the size of Enforcement’s Crypto Assets and Cyber Unit. Gensler remarked,  “[t]he Division of Enforcement’s Crypto Assets and Cyber Unit has successfully brought dozens of cases against those seeking to take advantage of investors in crypto markets. By nearly doubling the size of this key unit, the SEC will be better equipped to police wrongdoing in the crypto markets while continuing to identify disclosure and controls issues with respect to cybersecurity.”

The recent downturns being experienced in the crypto market have dealt significantly with some cryptocurrencies. The two stablecoins, TerraUSD (UST) and Tether (USDT) also fell below the Dollar. Concerning UST, being an algorithmic stablecoin backed by codes, one could say that it failed the test of time. But concerning USDT, one of the reasons for this is the fears and concerns that USDT is not backed 1:1 by the US Dollar as claimed. While UST is out, Tether has started to gradually address the USDT 1:1 USD issue.

In line with the concern of consumer protection, the proposed Bill, stablecoin issuers will be required to maintain high-quality liquid assets equal to the value of all outstanding stablecoins, and public disclosures of those holdings. Title VI, Section 601(b) of the Bill provides, “Required Payment Stablecoin Assets.—A depository institution shall maintain high-quality liquid assets under this section equal to not less than 100 percent of the face amount of the liabilities of the institution on payment stablecoins issued by the institution.”

According to Gillibrand, such provisions as this would have prevented the TerraUSD coin collapse in May.

The Lummis-Gillibrand Bill has received diverse reactions from the industry. Prominent among these reactions is that of Molly White, a software engineer who believes that there is no need for the bill. Her main concern is that the regulatory powers will now be vested in the CFTC and not the SEC.

“Cryptocurrencies are more like securities because people broadly put money into them hoping for a return on their investment,” White said. “And when someone is engaging with something as an investment, that’s a good sign that it should go to the SEC.”

She also said the CFTC is not equipped to handle the workload.

“There would need to be a major change in the amount of resources going to the CFTC for them to suddenly take on this enormous and much broader set of issues than they’ve dealt with in the past,” she said. “And the SEC is frankly just more experienced in this field already.”

Others, however, have responded to it positively: The Crypto Council for Innovation  referred to it as a “significant step forward” while the Blockchain Association called it a “milestone moment”. And for the Stakeholders in Blockchain Technology Association of Nigeria (SiBAN),  the self-regulatory body asserted that “considering that the current regulatory regime in the fast-growing crypto space generally lacks clarity and certainty, the bill is a welcome development from the United States.  Hopefully, emerging economies, including Nigeria, will equally see the need to introduce frameworks that help to ensure responsible innovation gets responsible regulation”.

The fate of the Bill amidst midterm elections

There are seemingly no fears about what would be the fate of the new Bill, in spite of the upcoming midterm elections. What makes it more interesting is the bipartisan nature of the Bill. Jaret Seiberg, an analyst with Cowen Washington Research Group, expressed optimism about it, noting as follows:

“We expect this bill will be the starting point for debate next year regardless of which party controls the House or the Senate. What does matter is that there is a bipartisan effort to bring crypto into the existing regulatory regime even if the details are likely to change.”

The full text of the Bill can be accessed here. 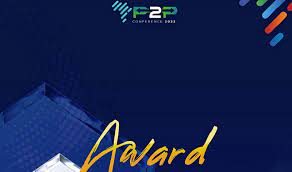