On Tuesday 1 February 2021, the news that Botswana lawmakers had passed a bill to regulate trading in cryptocurrencies and digital tokens in the country traveled far and wide. The Virtual Assets Bill enjoyed unanimous approval, even by the opposition members of the legislature. The Bill now awaits presidential assent to become effective.

The reason for the unanimity amongst stakeholders regarding crypto regulation is clear: common concern about the risks inherent in leaving cryptocurrencies unregulated in the country. Stakeholders, including the finance minister, considered that the risks of lack of regulation to the financial sector may consequently erode the country’s anti-money laundering efforts.

Indeed, making Botswana a safer jurisdiction has been one of the goals of the current administration. In October 2021, the Financial Action Task Force (FATF) listed Botswana, as well as Mauritius, as one of the countries no longer subject to increased monitoring. Two months later, in December 2021, the Botswana government, in its Extraordinary Government Gazette on 23 December 2021, prepared to present the Virtual Asset Bill to the legislature.

According to the finance minister, Peggy Serame, it was vital for the country to regulate cryptocurrency in order to safeguard the country through its anti-money laundering (AML) measures.

Barely three months ago, precisely 10 November 2021, the country’s central bank, the Bank of Botswana, published a press release expressing concerns about crypto assets, citing the lack of  legal or regulatory framework that governs crypto assets. The central bank cautioned citizens who were engaged in cryptocurrency trading, warning that they were at their own risk.

The central bank acknowledged that “the potential for pervasive and significant effect of the crypto assets business on its functions and mandates and, in general, the broader financial sector of Botswana; hence there is continuing monitoring of developments by both the Bank and the Financial Stability Council, for the necessary response as may be warranted.”

The Bank of Botswana made five cogent observations, summarized as follows:

The Virtual Asset Bill, therefore, came not as a surprise, but a show of the government’s interest in the industry.

The Motive behind the Regulatory Move

According to the passed Virtual Asset Bill, this regulatory move by Botswana is motivated by one primary need: to have in place regulation that will make “provisions for managing, mitigating and preventing money laundering and financing of terrorism” in relation to the blockchain technology.

For the Botswana government, crypto regulation appears to not only be about recognizing or legalizing crypto trading, but also that the risks associated with crypto or virtual assets do not endanger the country’s safety due to absence of regulation.

The Virtual Asset Bill may introduce a crypto licensing regime in Botswana …. for only players deemed eligible by the supervisory body.

Botswana’s Non-Bank Financial Institutions Regulatory Authority (NBFIRA) will be the supervisory body responsible for issuing licenses to virtual asset service providers (VASPs) who wish to operate in the country.

Unlike some other countries—such as Nigeria, Ghana, and Kenya for example who don’t have a special and separate regulator for non-bank financial institutions—nonbank financial VASPs will be relying on the NBFIRA for license. Particularly with the emergence of cryptocurrencies or cryptoassets, relying primarily on central banks for VASP license may have, understandably, become too much to ask for. This is why an inter-agency approach to virtual assets regulation has been the way forward for certain jurisdictions.

Regarding license, with particular reference to cryptocurrency and other virtual assets, the relevant clause in the Bill states as follows:

“Part III further provides that the Regulatory Authority may grant a license to an applicant if it can demonstrate that it possesses the infrastructure and resources to conduct business activities of a virtual asset service provider or issuer of initial token offerings and that the applicant is a fit and proper person.”

This shows the government’s concern about protecting the industry from sham dealers, fraudulent players, bad actors, and other factors that may give room for crime.

One of the major concerns of governments around the world has been what is believed to be cryptocurrencies’ disruptive effect on money and other traditional financial assets. This is generally seen as a potential threat to the current system, particularly by central or reserve banks around the world. As global adoption continues to grow however, governments increasingly find themselves in a dilemma—whether to ban it, regulate it, or milk it. China banned it. Switzerland regulates it. India may be about to milk it, with a proposed 30% flat tax on crypto income.

For Botswana, it appears to be regulation for a safer and more secured financial system. Then add consumer protection and investment safety. It is also for more efficient and effective crypto risk management, rather than resisting it through any absolute or implicit ban. By introducing some level of regulation in a space that is driven by the idea of decentralization by private participants, the government of Botswana—like every other concerned government—looks to gaining some level of control over the emergence of the ever-growing crypto and virtual asset industry.

Arguably, the government’s attitude towards cryptocurrency or virtual assets largely determines people’s involvement in the market. Where the government is in support, it gives people the confidence to fully participate in it, without the fear of being exposed to avoidable regulatory risks, sanctions, and even clampdowns. But where the government opposes it, people understandably tend to shy away from the market.

Now, either way the government approaches crypto or virtual assets, there is a natural consequence.

What should the global crypto industry be expecting?

As the new year progresses—and has only just started in China—the expectation of more governments taking action on cryptocurrency remains high. Whatever may be the approach of each government eventually, the general expectations from stakeholders are that these actions favor the fast-growing crypto and virtual asset market.

With Botswana now embracing crypto regulation in Africa, will other African countries, particularly Nigeria, also consider regulation or will they continue to resist it? 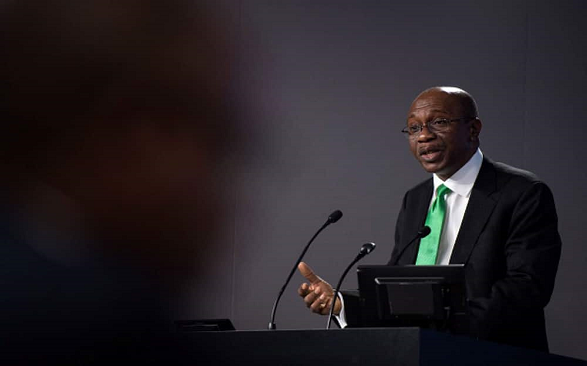 A Rundown of Crypto Regulations Around the World in 2021