Bitcoin.org website (not bitcoin, the cryptocurrency) has been hacked.

Bitcoin.org website (not bitcoin, the cryptocurrency) was hacked by scammers in a giveaway scam on Thursday 23 September 2021.

Claiming that the Bitcoin Foundation is “giving back to the community”, the giveaway scam took the form of a pop-up message that blocked the homepage screen. The pop-up message invited visitors to send money to a bitcoin wallet and get double the deposited funds in their wallets. The scammers claimed that only the first 10,000 users were eligible to benefit from the offer.

QR code for the bitcoin wallet and the bitcoin address was published on the pop-up message.

Until the message was brought down, the Bitcoin.org website had the message: “This site can’t be reached.”

A pseudonymous character, Cobra who is believed to be administering the Bitcoin.org website.

Giveaway scams come with false promises of getting rewards by way of doubling the funds one pays into the provided account or wallet. Once unsuspecting victims pay in the initial money, nothing is paid to them as promised.

In June, Bitcon.org suffered a distributed denial of service (DDoS) attack whereby the site host was flooded with request traffic in order ‘crash” the system, preventing it from operating.

What does this scoop mean for the crypto asset buyer?

Bitcoin.org getting hacked does not mean that bitcoin, the cryptocurrency, has been hacked. Bitcoin runs independently as a peer-to-peer network on the Bitcoin Blockchain, not on Bitcoin.org. Bitcoin.org is primarily a centrally but pseudonymously managed educational site dedicated to bitcoin. So should you come across the false news that “bitcoin has been finally hacked”, you already know it’s FUD (Fear, Uncertainty, and Doubt)! If such FUD ever goes viral, bitcoin value is expected to be negatively affected! 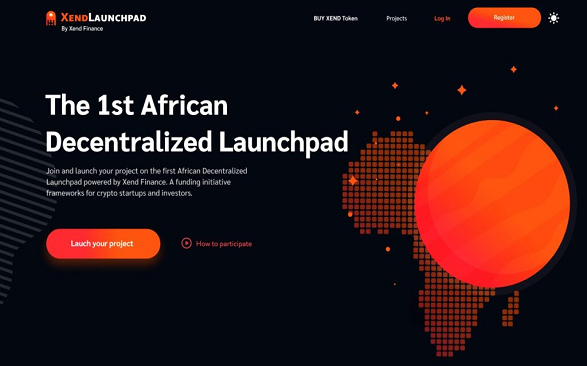 Xend Launchpad: a Springboard for African Projects and Global Projects Focusing on Africa