Huobi Global is moving out of China due to crypto clampdown

Huobi Global, a leading digital currency trading platform in the world, is moving out of China due to the ongoing crypto clampdown in China. This exit, as announced by Huobi Global, would be gradual. Huobi Global would gradually stop offering its services in mainland China and subsequently other parts of China.

Huobi Global, though a Chinese company, is affected by the ongoing clampdown by the People’s Bank of China (PBoC) and the Chinese government. The PBoC’s declaration is that virtual currencies are illegal in China and that consequently crypto trading activities offered by both local and foreign exchanges have become prohibited.

Huobi Global has assured affected users of the safety of their crypto assets. Meanwhile, Huobi Global will continue to offer its services to users from Hong Kong.

Huobi Global is part of the Huobi Group. Founded in 2013, Huobi Group is a world-leading company in the digital-economy industry. Huobi Group provides what it describes as “Internet of Value (IoV) services to its tens of millions of users in more than 100 countries and regions”.

Other digital currency platforms are expected to also move out of China within the next couple of weeks.

Which digital currency platform would be the next to announce its exit from China?

China’s crypto clampdown continues to cause fear, uncertainty, and doubt (FUD) in the global crypto market. While it is true that this is not the first time China has declared virtual currencies, including cryptocurrencies or crypto assets, illegal, this may be the first time China is putting all its weight behind its anti-crypto policy within the framework of the financial-industry-wide cleanup being currently implemented in China. This clampdown does not only affect players in the crypto economy in China alone but also other services such as Alibaba for instance which has announced that it would stop crypto-mining tools from being sold on its platform. Therefore, the ripple effect of the current clampdown is expected to spread gradually beyond the crypto industry to other related industries. On the impact of the ongoing clampdown on crypto assets—real or potential—the short term impact on the crypto market is the current bearish mood the market is in now. Consequently, the crypto market is expected to remain generally red, with fickle green in the crypto charts from time to time. But in the long term, the impact of the ongoing clampdown is expected to turn out positive. This is because with crypto miners leaving China en masse, crypto mining would become more diversified, thus significantly protecting the global crypto market from the seemingly unending China FUD. 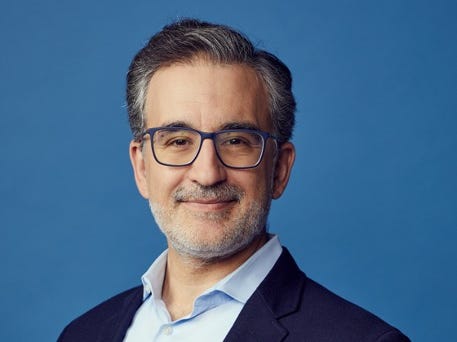 We want PayPal users to be able to take their crypto anywhere they choose- Jose Fernandez da Ponte, Paypal’s head of cryptocurrency